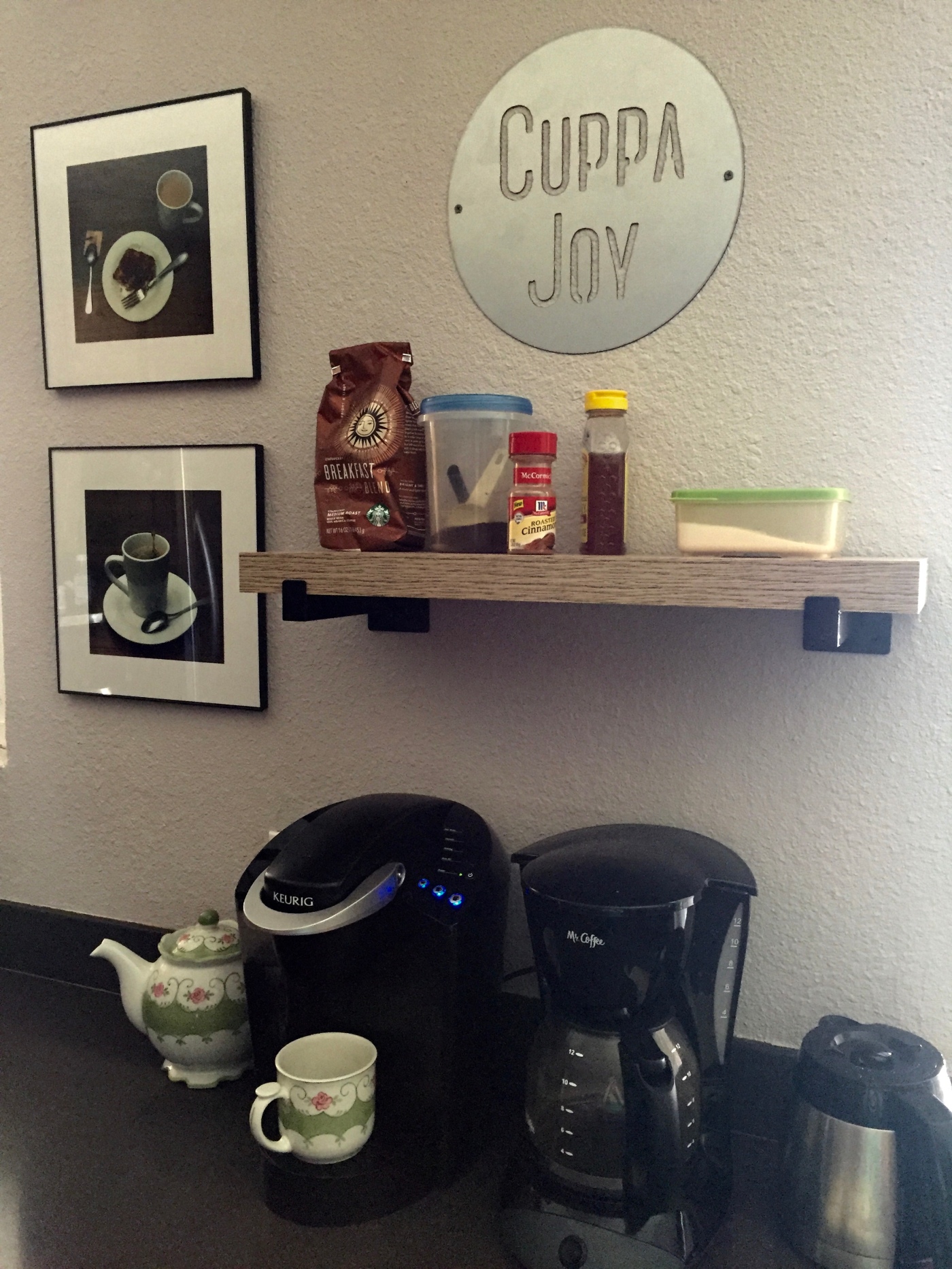 So we have been doing some sprucing up of our home, and with each new task completed, we are more and more comfortable. (Really…we have only been here 13 years!)  Our latest venture was bringing some interest to a kitchen wall, over the counter where we keep the coffee pot.  (Or our coffee shrine as I call it)

I had seen a couple of different metal signs done with sayings, and I really liked them.   So I set out to find someone local who made them and came across Vintage Metal Co. out of Visalia. (you can find them on Etsy)  They could do a custom saying and the cost was pretty reasonable.  Now the problem…what would I have it say?

It really didn’t take long, because I had seen it somewhere before.  So I ordered our sign, and it came out perfectly.  I have seen the Cuppa Joy done by lots of people, but for my husband and myself, it has meaning far beyond coffee.

When I was growing up, my next door neighbor was Joy.  Both her and her husband basically became surrogate grandparents to my family.  She taught me a lot as I was growing up, but the best thing she ever gave me was her time.  Well….and pecan pie with a little coffee.   I knew I could always go through the garage, sit at her table and have a cup of coffee.  She seemed to never run out?

At some point there came to be a tradition of coffee and dessert at their house on Thursday nights. My sisters and I were somewhat grown and married, but whoever could would meet up.  Eventually it ended, as we moved out of the neighborhood, began careers, had children, and just let life get in the way.  We still saw them over the years, and the open door policy never changed.  They considered us family.  At Grandma’s funeral, that is what I heard most.  So many people told us that they considered us family, but it really wasn’t news to us.   As we always considered them family too. 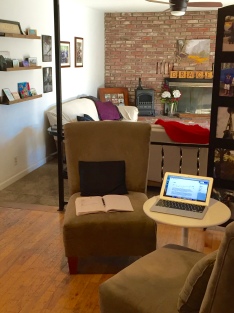 Some traditions pass away, and there is no great loss, but this one has become more important as we’ve grown older.  So much so, that we have a new tradition of Sunday supper with my husband’s parents.  We’ve also decided to start again with dessert, but on Friday nights.  So if you are in the neighborhood, I won’t promise anything special, but I can tell you what you will get.  A good time for new friends, yummy desserts and plenty of coffee.  So when I look at my coffee pot, I see more than a sign.  I see great memories, the hope for new ones and yes….so much JOY!